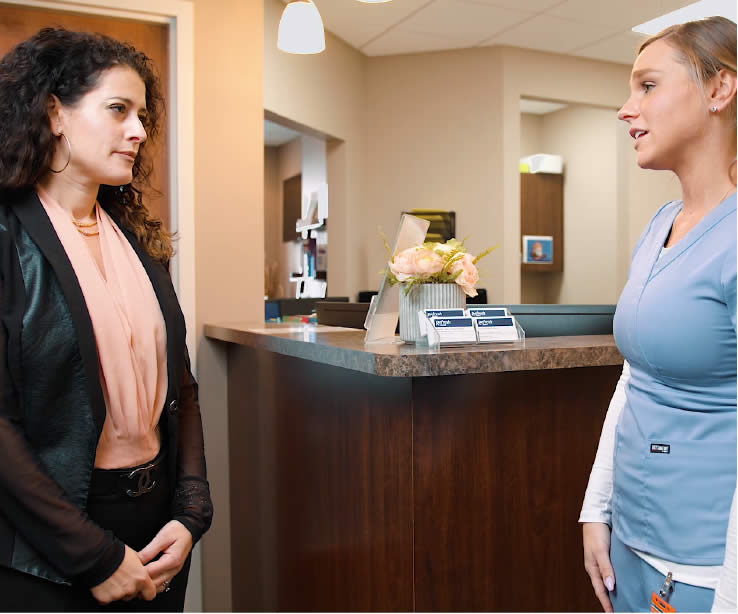 The oral microbiome is considered a gateway to the body that rapidly adjusts to environmental and dietary changes to protect the host and further process the hosts nutritional needs. The host and microbiome evolve in concert, both influencing the development of the other and creating a dependency on each other for survival.

Dysbiosis, or the maladaptation or imbalance of microbiota, of the oral microbiome systematically affects the human host, most seriously impairing the hosts immune response. It also initiates serious pathologic conditions, including hypertension, diabetes, obesity, and cardiovascular disease. Obviously, this list includes the key comorbidity factors associated with COVID-19.

Dental professionals should emphasize home care more strongly, especially after the closure of dental offices on March 16, 2020. This enhanced home care regimen should include the routine use of polyols, such as xylitol and erythritol, to inhibit the oral pathogens associated with oral systemic disease and to possibly hamper the penetration of the SARS-CoV-2 virus into human cells.

Review of the Literature

The ideal time to influence the oral microbiome is actually prior to birth. The literature reports positive results with prenatal intervention through supplementing the mother with probiotics and polyols.1,2 Published studies using xylitol that involved the nursing mother and child demonstrate a decrease in the maternal transmission of mutans streptococci.3

The maternal microbiome can also be influenced in numerous ways including diet, exercise, and probiotic supplementation.4-7 Limiting added dietary sugar and the regular addition of polyols can help decrease the prevalence of pathogens before they are passed on to the child.3,8-10

Erythritol and xylitol are polyols that have been extensively researched and demonstrated to have notable anti-cariogenic and anti-periodontal disease properties.11 In addition, studies demonstrate that xylitol decreases the levels of cariogenic bacteria while having little effect on beneficial bacteria.12

Viewing the oral microbiome as a gateway to the body makes sense since the connection between oral health and systemic health is now well established.13 Indeed, there is no isolated disease such as periodontal disease. It is simply a symptom of a systemic disease that may best be described as neural arterial gingival simplex (NAGS).14

P gingivalis has also been called a guerilla for its notable tactics of slowly subverting the hosts defensive mechanisms.20 It does this in three ways:

All told, P gingivalis undermines a massive host immune response but does not normally overwhelm the host because that would effectively limit the spread of the pathogen. A dead host does not help a pathogen flourish.

With the new concept of P gingivalis infection causing a single disease with multiple symptoms, it is easy to understand the processes involved. The oral component houses the initial infection where the immune system is alerted and subverted, creating an inflammatory environment.

Circulating leukocytes carry P gingivalis and associated lipopolysaccharides, which affect the endothelial cells of arteries, and pass into the neural component. This eventually diminishes the cognitive ability of the host, resulting in reduced oral hygiene and further spreading of the pathogen among all contacts.24

Studies have shown xylitol clearly inhibits the formation of mixed species biofilms, which include P gingivalis in vitro.11 Also, evidence shows erythritol suppresses the maturation of gingivitis biofilms and contributes to a more healthy oral ecosystem.25

By inhibiting P gingivalis with xylitol and erythritol, the innate and adaptive immune response of the human host should be more robust.26,27 Also, the possibility of salivary spread of oral pathogens should be reduced, preventing onset of the acute respiratory distress syndrome.

As a result, oral health should be considered an essential service, and never again should dentistry be asked to close its offices and clinics.

Newly published research has demonstrated the antiviral properties of polyols. Xylitol has been reported to reduce the severity of viral infections. The effect of dietary xylitol on hRSV infection was investigated in a mouse model.28 The mice received xylitol for 14?days prior to virus exposure and for a further three?days after virus exposure.

The same researchers previously reported positive effects of xylitol on mice with influenza A virus infection (H1N1) also with a decrease in recruitment of inflammatory lymphocytes.29 It has been reported that a decrease in CD3+CD8+ lymphocytes is a predictor of mortality for COVID-19 patients. The anti-inflammatory and antiviral properties of D-xylose/xylitol in respiratory conditions are subject of a patent application (number WO1999048361A1) filed in 1998 in the United States.30 Subsequently, xylitol is a main active ingredient in nasal spray products, such as Xlear Sinus Care.

For another study, the BioCryo Laboratory at Northwestern University received Vero 76 cells that were exposed to SARS-CoV-2 virus for 15- and 40-minute time intervals in a media with either xylitol or grape fruit seed extract added. The samples were prepared at the Institute for antiviral research at Utah State University by Dr. Jonna Westover.

STEM images obtained at high magnification by Dr. Reiner Bleher demonstrated the SARS-CoV-2 virus contained in inclusion bodies outside the cell wall. A very recently published article correlated d-xylose and xylitol to the severity and morbidity related factors in COVID-19. 31

D-xylose is the initiating element for sulfated glycosaminoglycans (GAG) that attach to the core protein. It can be derived from xylitol by d-xylose reductase action replenishing this carbohydrate, which is targeted by the SARS-CoV-2 virus. If the virus attaches to the d-xylose position on the GAG, such as heparin sulfate, the virus can then contact the ACE2 receptor.

Additionally, xylitol serves as a decoy target for the virus, preventing it from successfully reaching the ACE2 receptor. Further research into the mechanism that xylitol initiates with  cells to prevent viral penetration and replication is essential and should be prioritized.

Xylitol has a long history of being safe and beneficial in preventing bacterial pathogen infections. It is considered a prebiotic due to its positive effect on the microbiome, reducing pathogenic proliferation. The use of xylitol in oral health to prevent dental caries and periodontal disease has been well documented as safe and effective.

Xylitol products should be included in all dental preventive programs, as it works synergistically with fluoride. Plus, it improves the patients systemic health.

Current research indicates that xylitol may also be useful in curbing viral respiratory infections, including COVID-19, by both reducing the viral load and by an anti-penetration of the cell wall mechanism that has very recently been hypothesized.31 Therefore, the use of xylitol nasal and oral rinses may prove valuable in reducing the rapid spread of viral pandemics.

With the current surge in new cases, and a vaccine still not available, time is of short supply and the need for validating clinical research using safe and available xylitol is crucial.

Dr. Cannon is expert in preventive pediatric dentistry, especially in the use of xylitol. He received his DDS at the University of Nebraska and then attended Northwestern University for his masters degree in pediatric dentistry. He completed his residency at Childrens Memorial Hospital and received Diplomate status from the American Board of Pediatric Dentistry. He later served as a member of the faculty at the Northwestern University Dental School and is now a professor with the Feinberg School of Medicine Department of Otolaryngology Division of Dentistry. He is the research coordinator for the Pediatric Dental Program at the Ann and Robert Lurie Childrens Hospital of Chicago as well. He is a past president of the Illinois Society of Dentistry for Children and a member of the International Association of Pediatric Dentistry. He has lectured both nationally and internationally. He is the senior partner of Associated Dental Specialists of Long Grove, Illinois, founding the practice in 1981. He has been involved in microbiome and hologenome research. And, he is a consultant for Alexion Pharmaceuticals, Bisco, Garrison Dental, GC, Probiora, and Xlear as well.