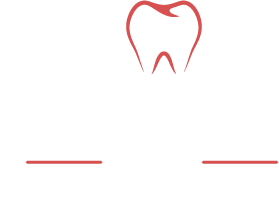 The North American Dental Group (NADG) is pleased to announce that it has earned the position of 579 on the INC 5000 list of America’s fastest-growing private companies. This is the third consecutive year that North American Dental Group has appeared on this prestigious list. The list reflects a 795% growth over a 3 year period and a revenue of $72.4 M in 2014. This ranking also lands NADG as 12th on the magazine’s top Pennsylvania companies.

Kenneth Cooper, Chief Executive Office and Co-Founder of North American Dental Group stated that “To maintain the growth pattern that we have been on over the past few years is truly a credit to the effort put forth by each of our team members. With providing quality service to our patients as the primary goal, we are honored to receive this recognition for the success we have achieved as a company.”

“Our goal has always been to become the best in class in our industry while delivering unsurpassed patient care,” says Dr. Andrew Matta, Chief Medical Officer and Co-Founder of North American Dental Group. “Being recognized for this award for the third consecutive year showcases what we are doing as a company.”

“What a great accomplishment to have achieved INC magazines acknowledgement as one of the fastest growing companies for three consecutive years.” says Dr. Chad W. Wise, Co-Founder of North American Dental Group. “The success comes from the team around us. The team deserves all the credit for this award as they provide great service each and every day to all the patients we are privileged to treat.”

Mr. Cooper, founded the company in 2008 in the Youngstown Ohio area, and in 2010 Dr. Wise, along with Dr. Matta joined in the partnership to create what is now the North American Dental group with 71 offices located throughout Ohio, western Pennsylvania, Indiana and Michigan. All three Partners will be accepting the award in Washington DC in mid-October.